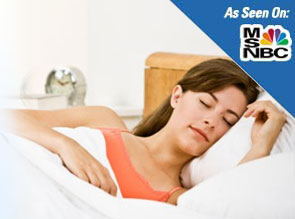 Home I Traditional Treatments Vs Supplements

which simply lessens the pain but does not address the root cause of arthritis Non-steroidal anti-inflammatory drugs (NSAIDs) such as Advil (ibuprofen), Aspirin (salicyclic acid), or nanaxopren which are effective in lessening the pain but have risks if taken for extended periods of time. Side effects include: heart attack, stroke, stomach ulcers, bleeding from the digestive tract, and kidney damage. Since 2005, the FDA has required NSAID manufacturers to include a warning label on their products that alerts users of an increased risk for heart attack, stroke, and gastrointestinal bleeding

Injections with synthetic joint fluid replenish the joint with nutrients and allows the joint to heal. These include Synvisc-one (hylan G-F 20) and generic hyaluronic acid injections which have been shown to improve quality of life. Corticosteroids (“steroids”) – Corticosteroids are medications that suppress the immune system and symptoms of inflammation. They are often injected into osteoarthritic joints. Steroids are used to treat autoimmune forms of arthritis but are avoided in infectious arthritis. Steroids have multiple side effects, including upset stomach and gastrointestinal bleeding, high blood pressure, thinning of bones, cataracts, and increased infections. The risks are most pronounced when steroids are taken for long periods of time or at high doses. Close supervision by a physician is essential because these drugs inhibit the immune system and make you more prone to infection.

inhibitors — COX-2 ihibitors inhibit an inflammation-promoting enzyme called COX-2. This drugs were initially believed to work as well as traditional NSAIDs, but with fewer stomach problems. However, numerous reports of heart attacks and stroke have prompted the FDA to re-evaluate the risks and benefits of the COX-2s. Celecoxib (Celebrex) is still available, but labeled with strong warnings and a recommendation that it be prescribed at the lowest possible dose for the shortest duration possible.

these have been used traditionally to treat rheumatoid arthritis and other autoimmune causes of arthritis. These drugs include gold salts, penicillamine, sulfasalazine, and hydroxychloroquine. More recently, methotrexate has been shown to slow the progression of rheumatoid arthritis and improve your quality of life. Methotrexate itself can be highly toxic and requires frequent blood tests for patients on the medication.

This class of drugs is specific to the treatment of rheumatoid arthritis. These sufferers have their own immune systems attack their joints. Immunomodulators work by weakening your own body’s immune response. Unfortunately, weakening your immune system to fight an inflammation response leaves you prone to other infections. These medications should be a last line of defense and include etanercept (Enbrel), infliximab (Remicade), adalimumab (Humira), Orencia (abatacept), Rituxan (rituximab). There is a stronger class of immunomodulators called immunosuppressants which actively suppress your entire immune system. These drugs, like azathioprine or cyclophosphamide, are used for serious cases of rheumatoid arthritis when other medications have failed.